Dell’s Hyper-Converged Strategy: What Does it Mean for You? You may be wondering what Dell’s newly announced expansion of their hyper-converged infrastructure portfolio means for the tech giant’s approach to this emerging technology.

Lets start with a definition – hyper-converged products combine elements of compute, networking, and storage together with software that defines the features and capabilities of each element, and integrate them in an easy to use and maintain package. Hyper-Converged offerings are generally sold as an appliance (or block) that provides a predictable capacity – you simply use the right number of blocks based on the requirements of the applications.

Dell has had a very forward looking view of tackling the software-defined data center and its various aspects. There is the Dell Open Networking initiative, that pairs innovative software with their network hardware as a method to reduce the risks of mixing software and hardware from different manufacturers. They have multiple software-defined storage relationships – from VMware vSAN, Microsoft Storage Spaces, Redhat Ceph, and Nexenta, Dell has a robust ecosystem around storage. Finally on the compute side, Dell has a robust portfolio of award winning products in form factors from converged to rack.

With this diverse ecosystem, how does hyper-converged fit in?

Dell started in the hyper-converged marketplace with products from VMware (EVO:RAIL) and the XC webscale series powered by Nutanix. Hyper-converged technology is becoming very popular at all segments of the market and has astronomical growth. It seems that each month more startups and products enter the marketplace from companies small and large. By positioning itself as a manufacturer of choice, Dell has been able to grow a portfolio unlike any other enterprise manufacturer.

Recently, Dell announced that it was growing its portfolio with the addition of the EMC VCE product lines. These hyper-converged products combine hardware and software technologies from VMware, EMC, and both Cisco and Dell.

With Dell’s impending acquisition of EMC, this new addition allows Dell to add its own products to the mix, much like when Quest Workspace was added to the VDI offerings next to VMware and Citrix.

Other Dell competitors are watching this move toward reselling EMC products as well. Up to this point, you may have noticed that Lenovo has taken a similar position to Dell in the hyper-converge marketplace and seem to be committed to increasing the options available to your business. HP and Cisco have quietly been decreasing the hyper-converge options they offer you, as they work on building their own hyper-converge technologies.

If you’re not already paying attention to the hyper-converge market, now’s a great time to start. The massive growth of hyper-convergence indicates that the concept is sound, but you should expect even more growth and innovation within the next 18 months. Dell’s commitment to resell EMC product solutions is one more move into the wider hyper-converge field. Now that the marketplace for future products is assured, you should now begin to see new permutations of this technology. Expect to see hyper-converge technology advances explode as scrappier start-ups work to achieve even more inventive and competitive technology.

Hyperconverged technology offers your business quick-to-react solutions that rapidly go to market. It’s also a great alternative if you’ve needed some of the functionality of the public cloud, but would like to keep the solution in house. Dell has shown that it believes the hyperconverged market is a worthwhile investment, so consider if it could be a beneficial part of your own business. 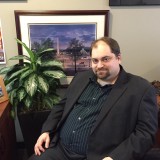 As CEO of Mavenspire, Michael provides the vision for the company, translating its 5- and 10- year goals into short-term action plans and shepherding those plans along the way to success.

Prior to founding Mavenspire, Michael worked as a technical consultant for the entirety of his career, developing hands-on experience working for companies and clients within a wide variety of industries and sectors. From the start, Michael’s goal had been to use technology to innovate the processes of all organizations he worked with.

Michael, entrepreneurial by nature (He started his first company at the age of 13!), strives constantly for perfection and client success. He and Mavenspire add great value to their clients and partners by seeking long-term relationships rather than transactions, striving to see them successful in both the short- and long-term.

When not at Mavenspire, Michael might be found playing video games with his son, or working out in a HIIT weight workout.